more from THE PRINCESS AND THE FROG 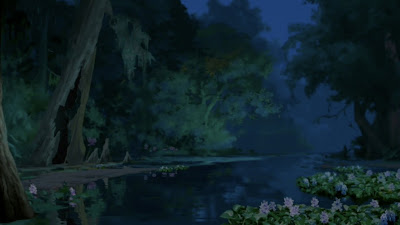 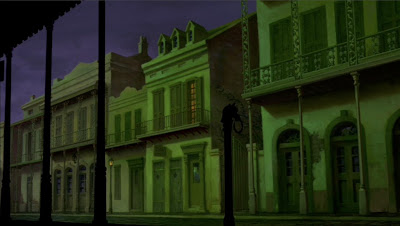 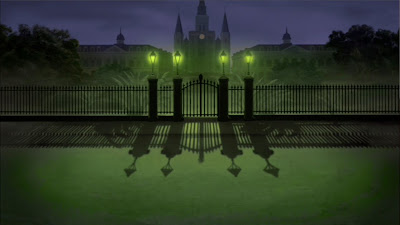 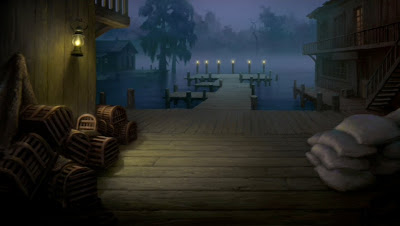 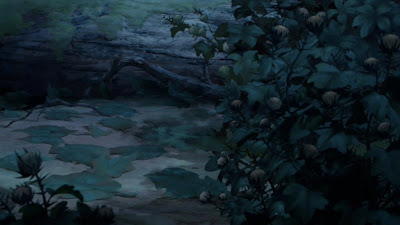 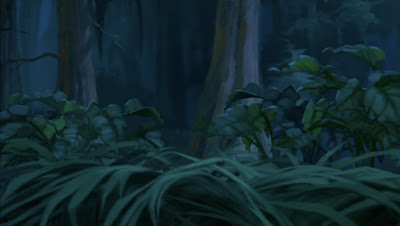 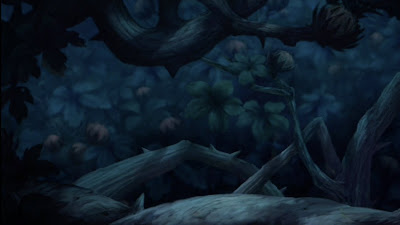 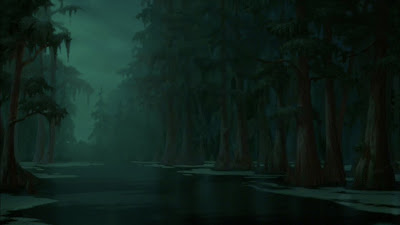 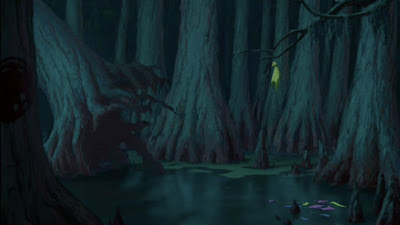 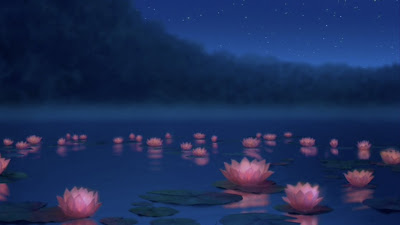 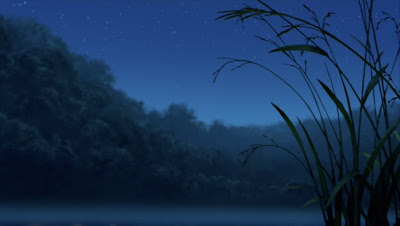 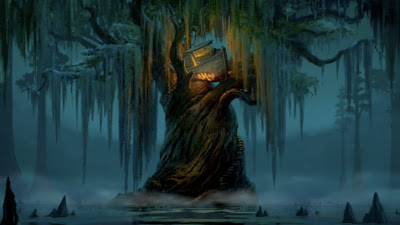 Labels: THE PRINCESS AND THE FROG

These are just super images! TPATF really is a gorgeous looking film.

I'll be honest i wasn't really "feelin'" these backgrounds. But that last one of the boat in the tree, that was a show stopper! Do you know who did it?

Wow, these are all really dark. Were they really this dark in the film?

Though I like the film generally, these backgrounds frankly leave me cold. That's not so much a criticism of the artists responsible, but rather, a criticism of the process of digital painting that has now taken over everything. Digital colour looks sterile and unnatural to me. Instead of painting with real paints on illustration board, digital painting is essentially painting with light, not real pigment. The result just lacks the warmth that I associate with the Disney backgrounds of the glorious past.

The other problem I see with Photoshop painting, which is what I believe they're now using, is that the artist never quite knows when to stop. There's always the temptation to keep on going back to it and smoothing the blending of colour out even more, or altering colours altogether through the colour balance controls. I think the result is usually an overworked, muddy mess. Sorry to be the voice of dissent here, but I fear that much of the art is being lost in this digital age we now live in.

You're never a voice of dissent for me Pete! I kind of agree, I love the look of some splotches of paint and those little imperfections. However, I might suggest looking into a program called 'Corel Painter' it's somewhat like photoshop but replicates the feel of working with paint, oils being my favorite setting, you can use a color wheel to pick your colors but the program also comes with a palette setting where you can mix colors yourself. It's getting a little bit more popular b/c it's more comfortable for the traditional types. It's not perfect but it handles fairly similar to regular paints.

Pete, you know whats up. Can't wait for character design class in September!

Wonderful images! Thank you for sharing this with us!

Pete, I respectfully disagree. Alberto, I agree - I prefer Coral Painter to Photoshop, and in my own work I use a combination of the two.

Honestly, I think a lot of people who disregard or dislike Photoshop are just being nostalgic. I am also aware of how much of an impact one's youth has on their tastes, and I believe that many members of my generation have adapted to the sight of Photoshop.

Pete, while I totally agree with you on Photoshopper's going too far, I think beautiful things have been accomplished with Photoshop - especially with video game concept art.

I plead with older artists to have a more open mind when it comes to digital art - it's not evil, and it's not clinical - search within yourselves, perhaps you are coloring your perception with your own pre-conceived notions.

What Photoshop art truly lacks is the confidence of real-life art. There is not ctrl+z in real life, there is only experience and confidence (and occasionally, some linseed oil and/or turpenoid.) So the emotion behind the piece is what you are perhaps detecting - that digital art lacks the conviction of traditional art is something I'll never disagree with.

But to call it clinical or to dismiss its' merits is just unfair. Painting with light is not as easy as it seems - if anything it adds an additional obstacle (people can zoom in and break your work down) and honestly the best Photoshop painters I know ARE in fact good traditional painters.

I just discovered this blog and have been drooling over these backgrounds for hours! Just wanted to say great job and I look forward to seeing more! (I want to live in that boat in the tree in the bayou!)


My Blog: Daydreams of an Old Fashioned Woman of Tomorrow
http://thestationarytraveler.blogspot.com/

I am 3 years older than you...so I have no more nostalgia for the media than yourself...yet if you do not work with gouache you don't really know the kind of quality you can expect out of a painting (v. digitally). There is no doubt that more heart and soul is poured in to a gouache on watercolor painting than a piece of memory in a computer, after all, you are the one who is physically moving this colorful substance around a surface. Although Pete is from another generation than you or I, he speaks the truth when he says digital color is unnatural...because it is!! Digital is faster and cheaper and its great for the student and the studio's budget, and it will no doubt take over the animation industry for some time. Later down the road you can probably expect the old traditional ways to, at first trickle, then flow back in to the animation industry. It is the cycle of life for our medium but I think its a shame that Disney is switching mediums for now.

This is awsome. Breathtaking, even.

This is such a nice addition thanks!!!

Are you the one residing in Mumbai and planning to relocate? The first thing runs in your mind is to find a perfect mover. You can find several Packers Movers In Mumbai. But the problem is to select one Relocation Services in Mumbai who really understands the worth of money and recognize the value of people. If you are in search of such transporters Mumbai, your search ends at the door steps of Indian Packers And Movers Mumbai licensed, insured and full service Packers And Movers In Mumbai.