THE RESCUERS (Disney, 1977) was a landmark film, marking the passing of the animation baton from the Nine Old Men to the new generation of animators. It's a beautiful film, visually and emotionally. Lots of old school Disney charm!

I left Evinrude in the first frame. He's to cute to digitally eradicate!

As usual with a pan B/G, I'm posting the entire image, then broken it into thirds so you can savor the detail. As this was a night scene, out of necessity I've lightened the artwork so the details POP. 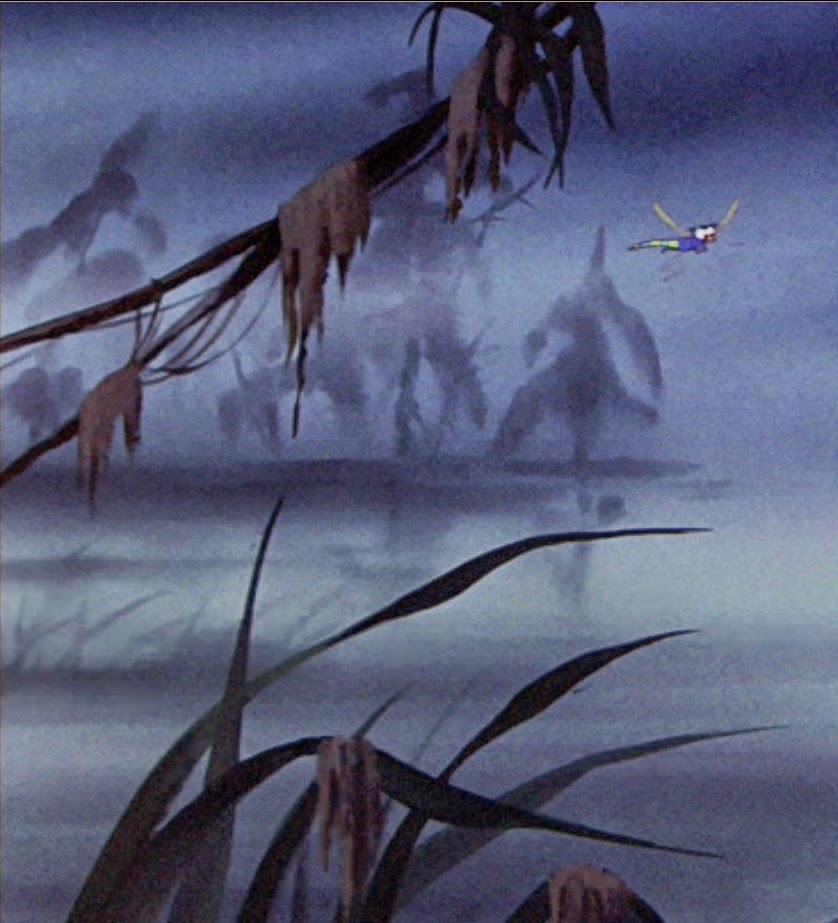 ARE YOU OUT THERE?

No need for elaborate notes - but if you're seeing this please let me know. Thanks!
Posted by ROB RICHARDS at 4:51 AM 68 comments:

Home theatre isn't really a new concept - Pongo and Perdida had one in the 60s!

I love the modern look of all the 101 background art, very linear with color washes. This BG was printed and distributed as a backing for cels sold at Disneyland's once-upon-a-time Art Corner - imagine Disney cels for a dollar! 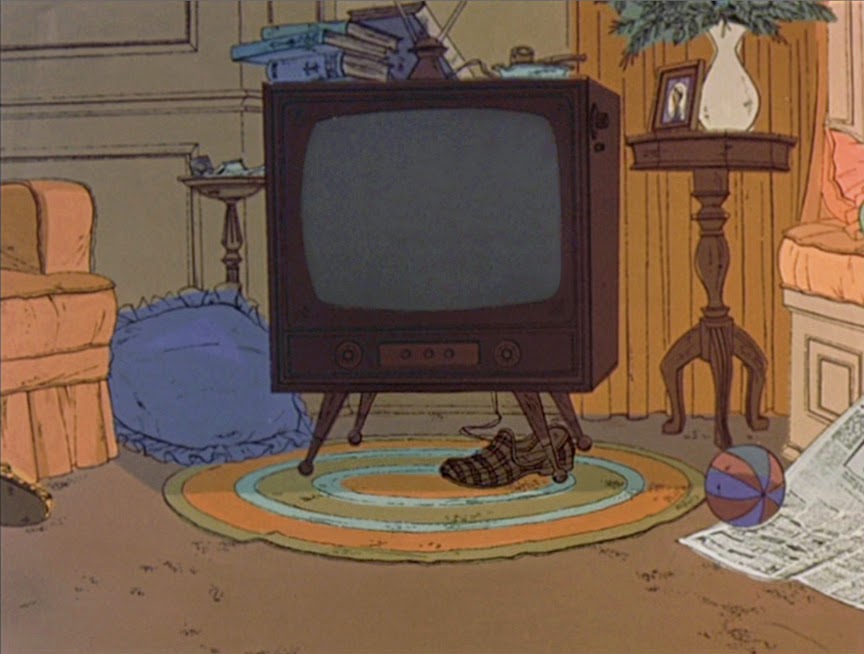 The educational films Disney created in the 60s are beautifully crafted and still charming over 50 years later. The "library" background art using books as sets was inspired. Lookie! 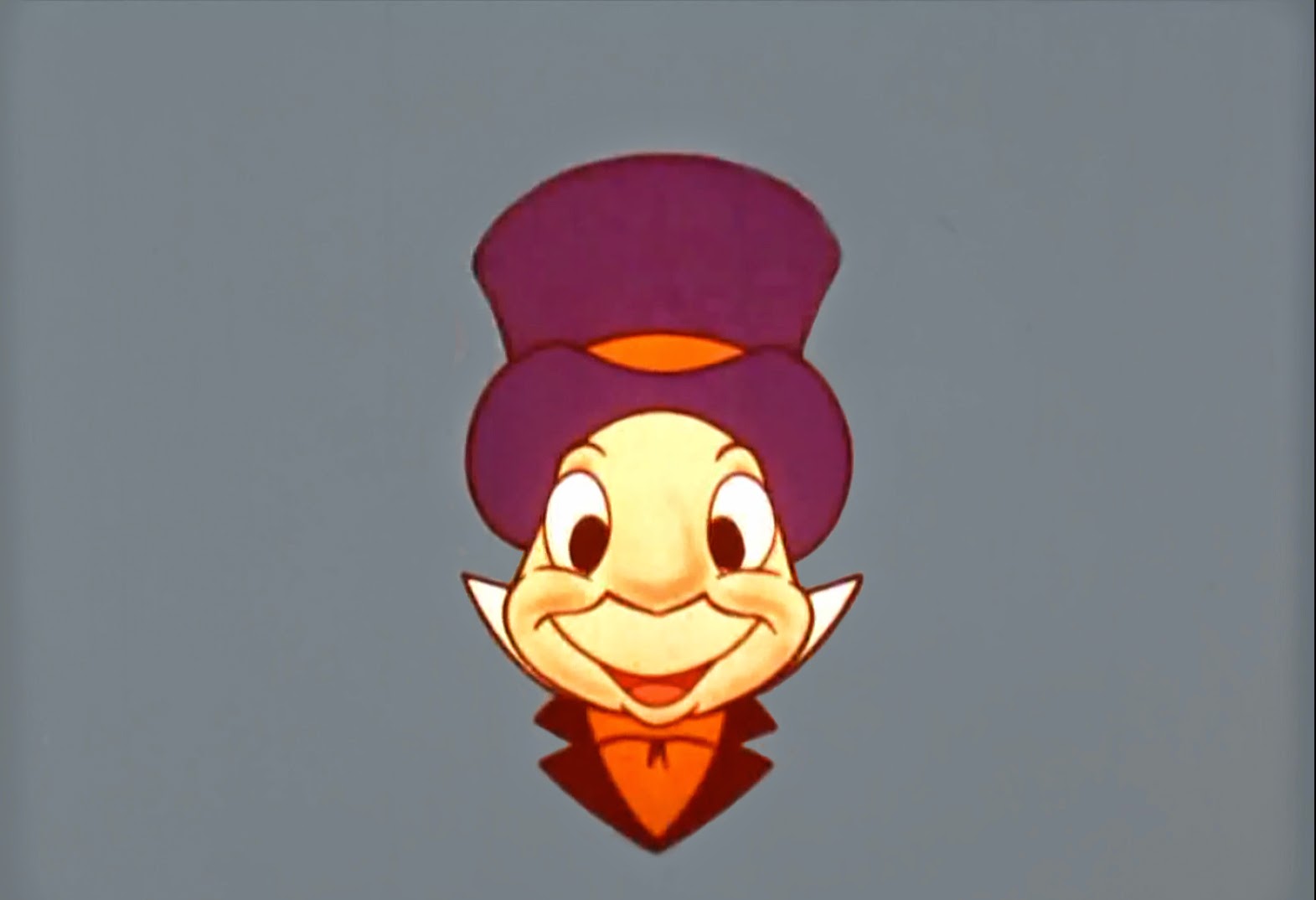 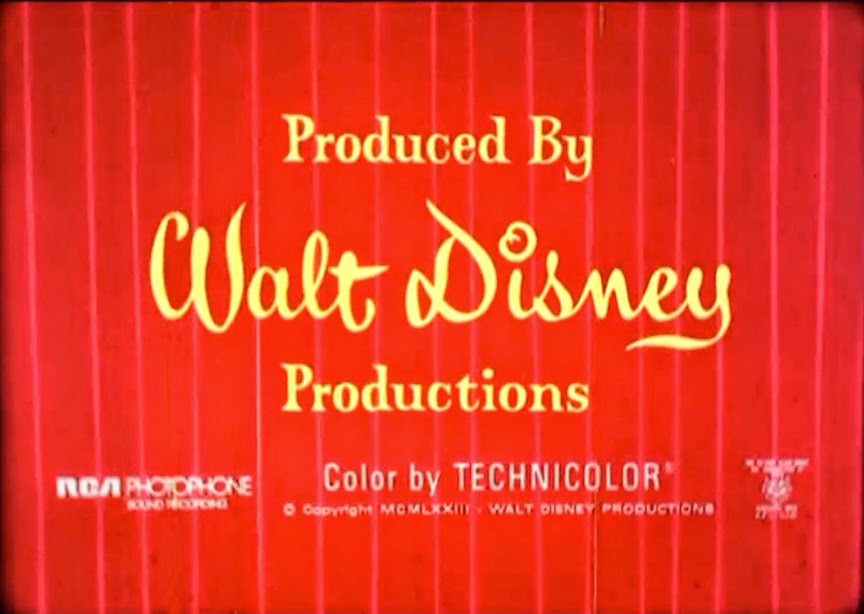 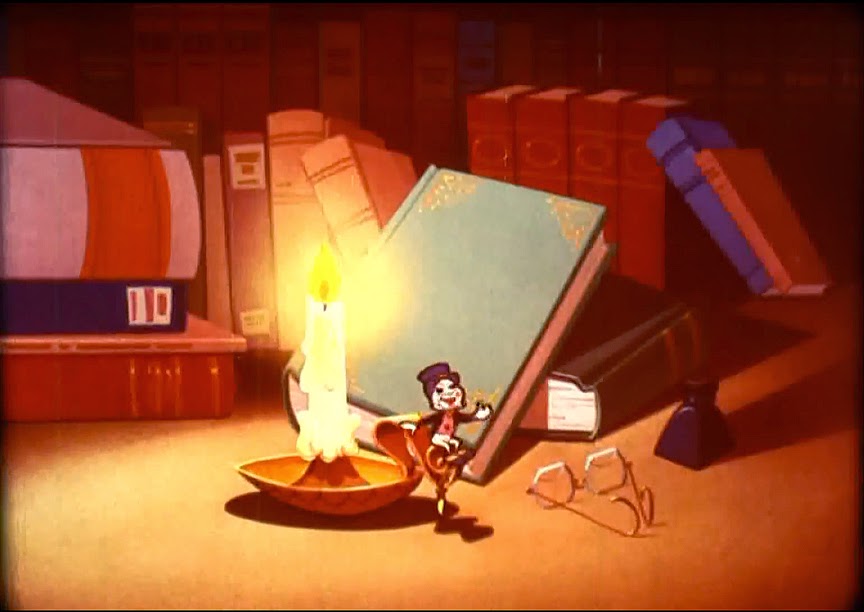 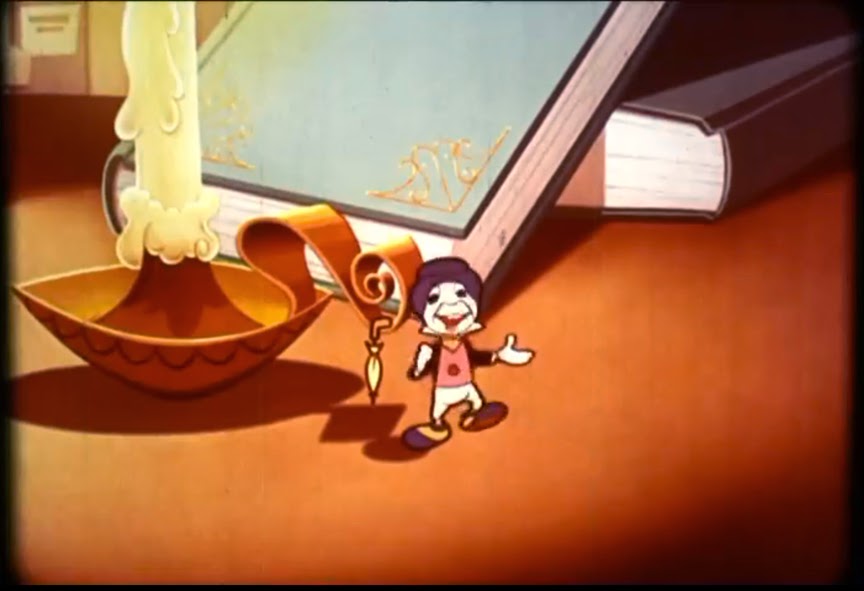 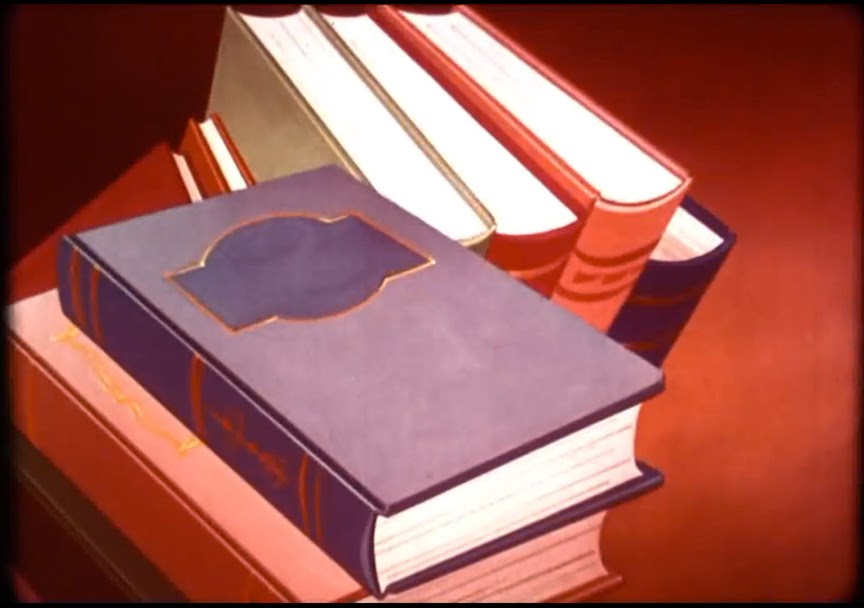 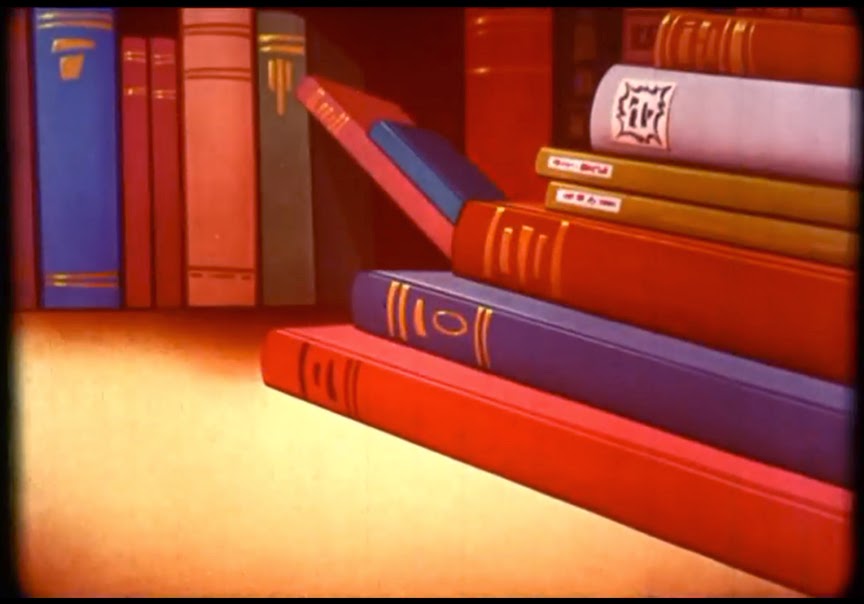 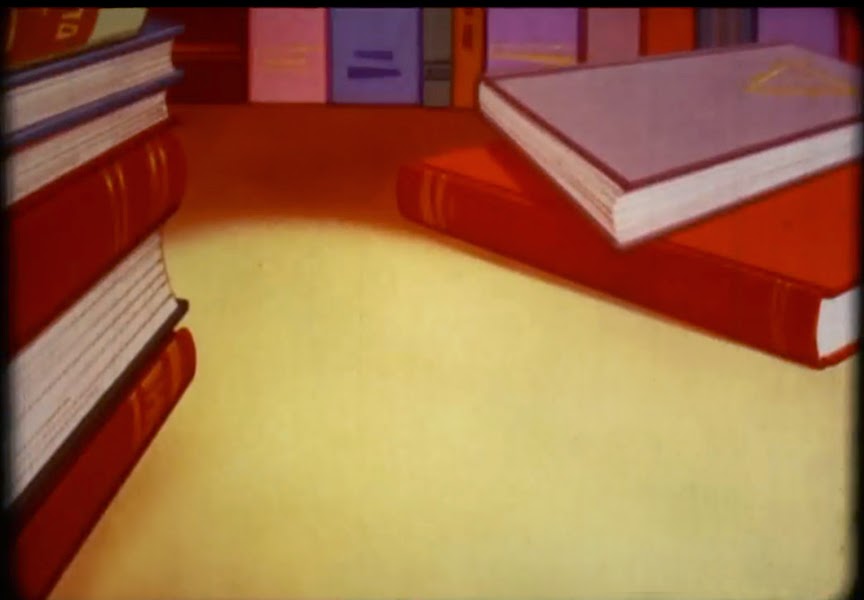 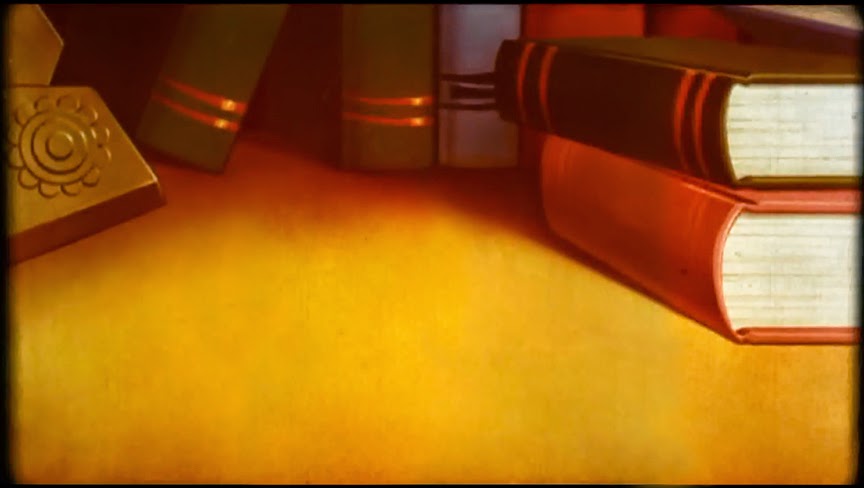 Here are some digitally reconstructed b/g pieces from the HEFFALUMPS AND WOOZLES segment of THE MANY ADVENTURES OF WINNIE THE POOH. 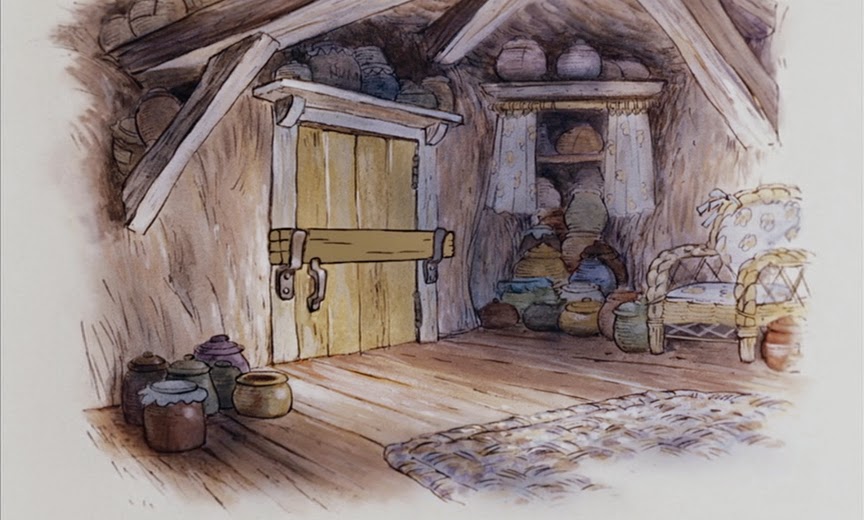 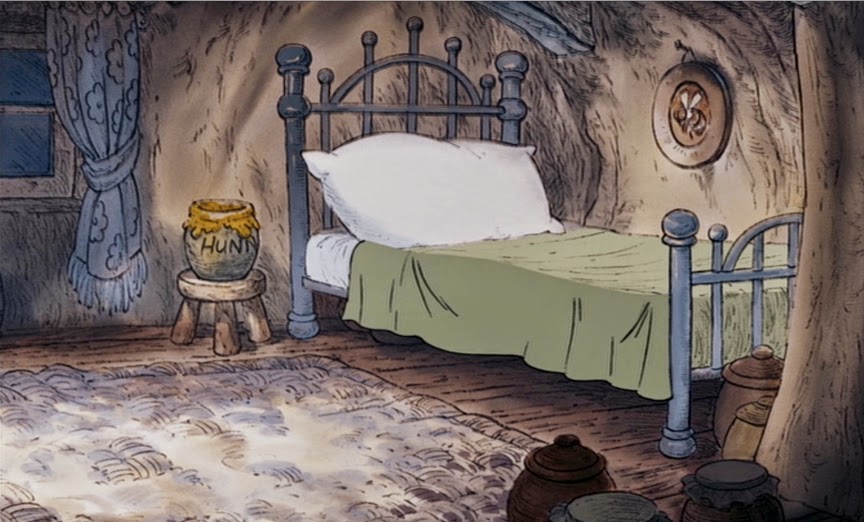 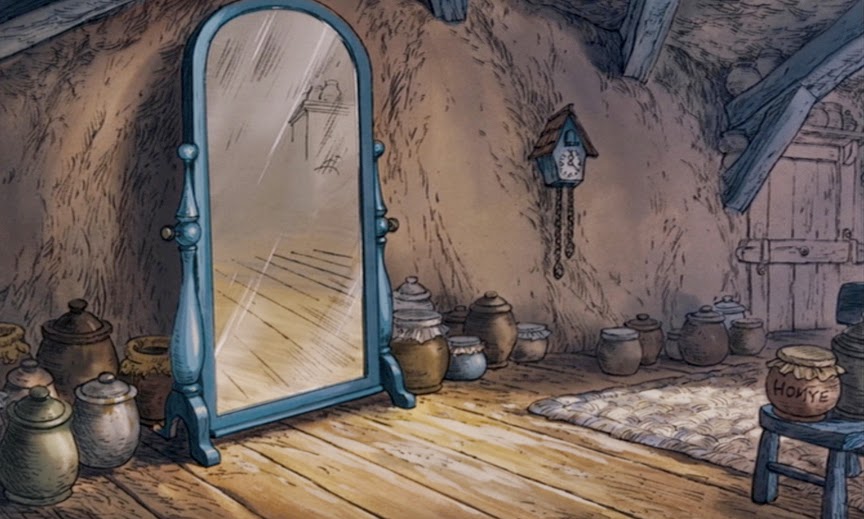 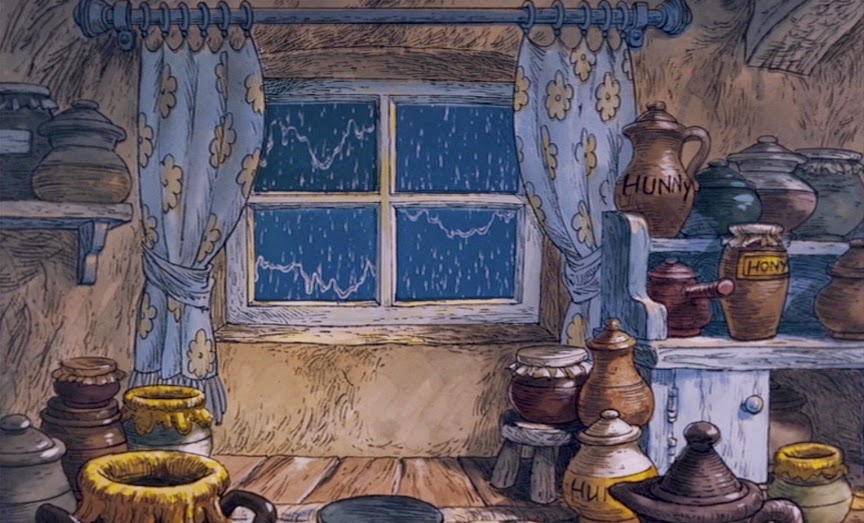 Here's a pan B/G with Pooh entering from the right...

and some stylish abstract B/Gs - 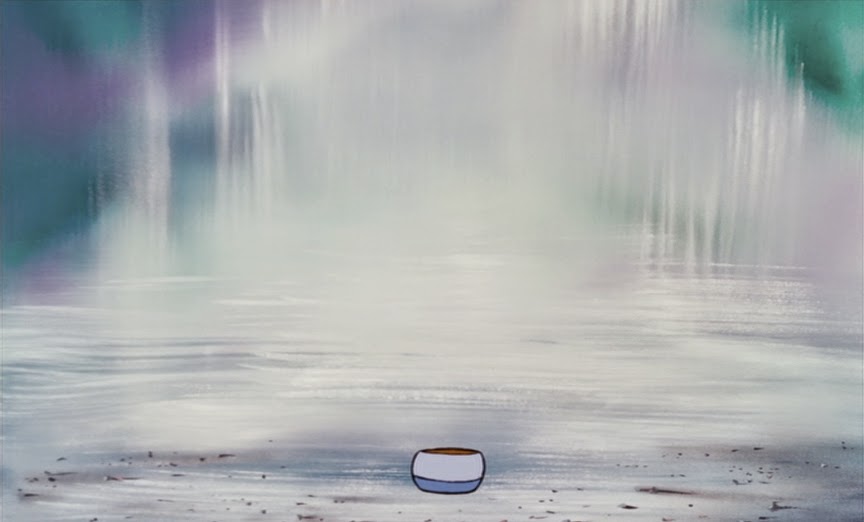 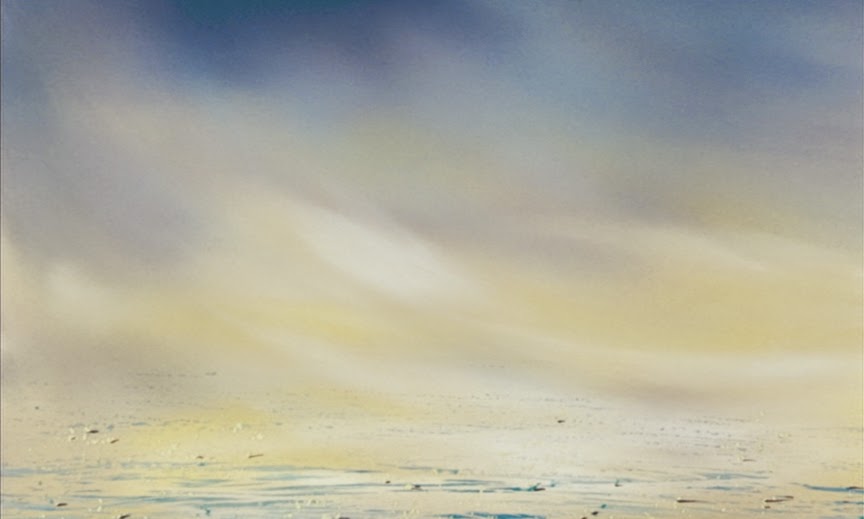