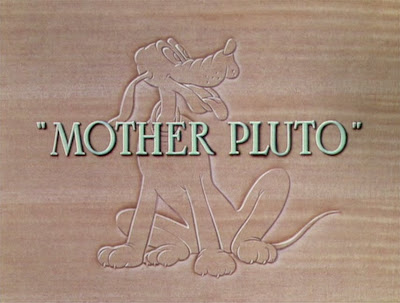 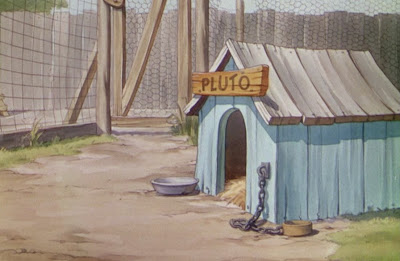 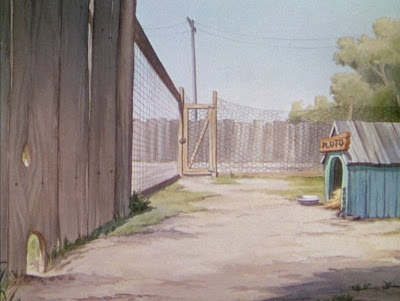 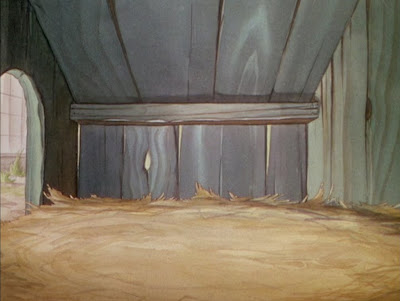 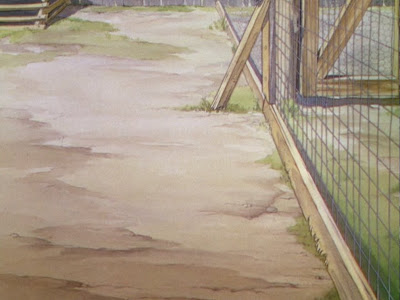 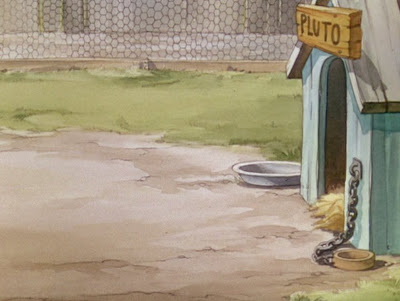 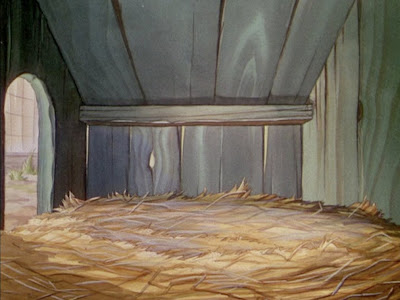 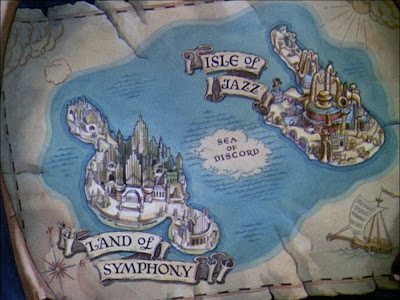 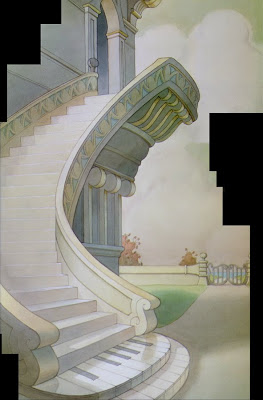 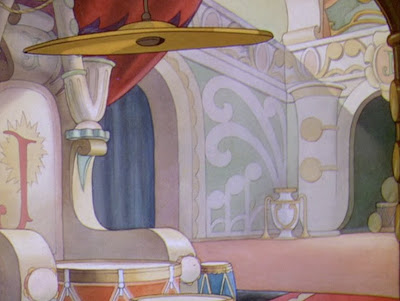 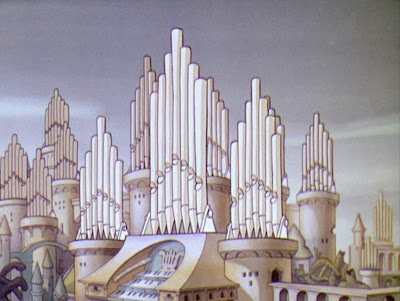 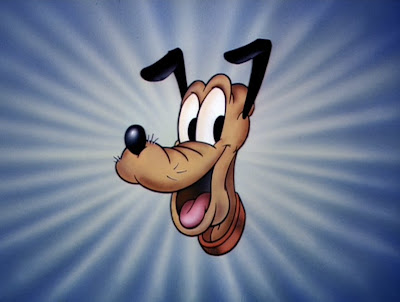 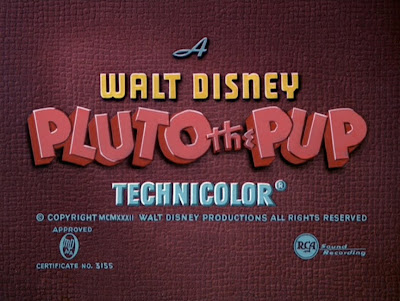 What a cute title card! 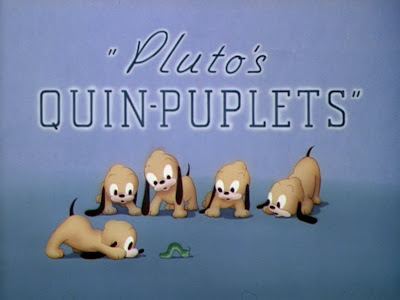 This first digitally re-assembled pan shot starts with the pups, pans up to the name on the doghouse, then pans left to the proud parents. 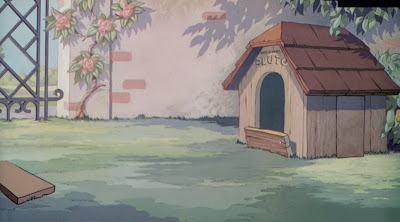 Isn't this a gorgeous backyard? I especially love the flower trellis. and note the artful disarray of the pots on the rear right - along with a bag of fertilizer and the old-fashioned lawn mower!

I could have digitally eliminated the worm but I liked him...so he stayed! 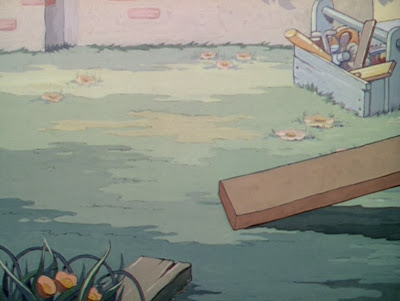 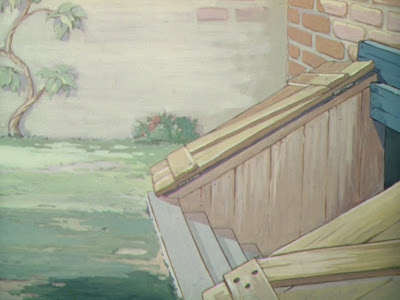 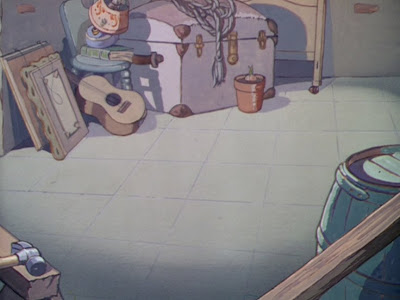 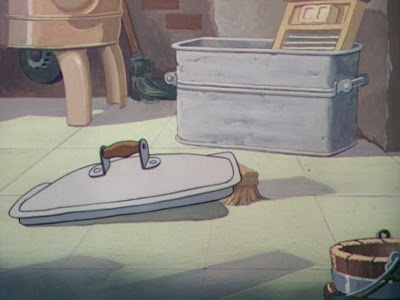 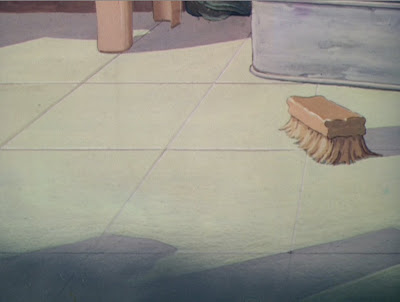 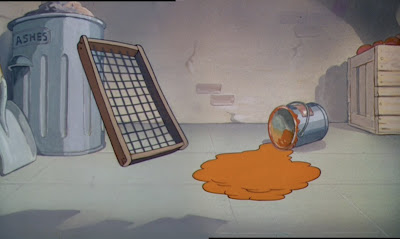 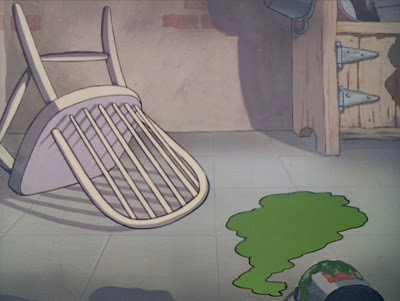 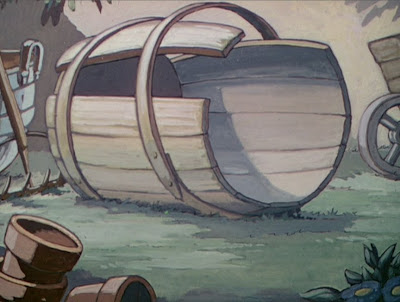 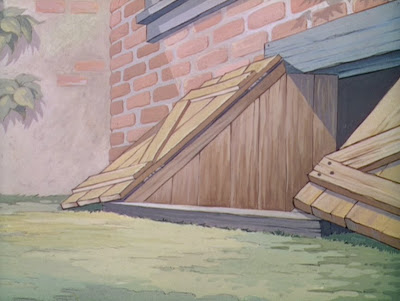 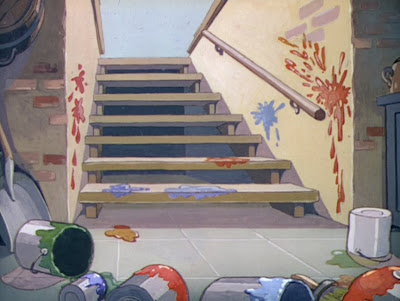 The end of the cartoon and it's night-time... 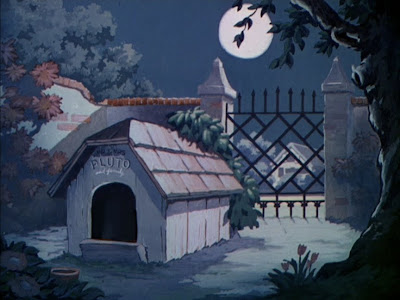 Disney created the lost world of ATLANTIS in their 2001 animated feature.

I've really enjoyed all the comments stemming from the new format here.

Is the painting in this scene a beaver, or could it be MGM's Screwy Squirrel? 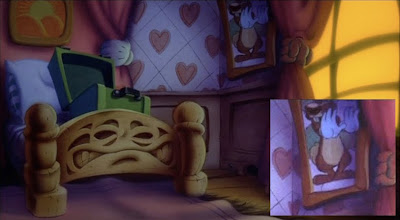 A side by side comparison shows it's not Screwy Squirrel. Right gloves, right shape nose but wrong color, wrong cheeks and tail color doesn't match...

Next - is the doorknob here the one from ALICE IN WONDERLAND? 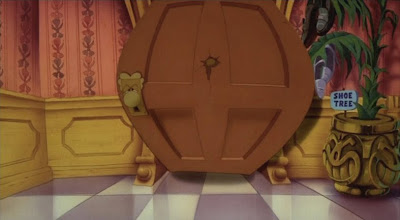 Again, a side-by-side says no. Different mouth, eyes, eyebrows and "hair." Definitely similarities, but no match. 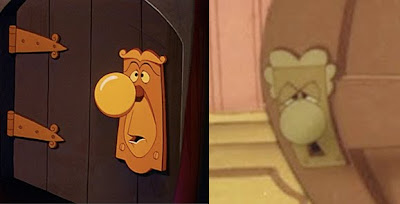 Trivia: Did you know the original ALICE doorknob was voiced by Joe Kearns, the actor who played Mr. Wilson on the original "Dennis The Menace" TV show? It's true!
Posted by ROB RICHARDS at 2:25 PM 40 comments: