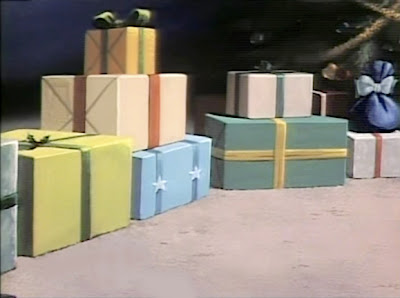 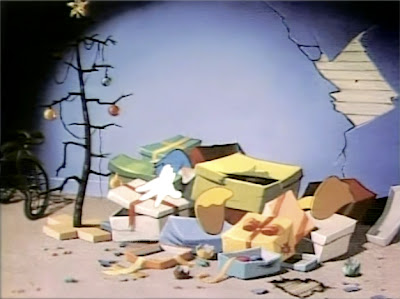 The first B/G, his present barricade, shows an orderly stack of gifts leading all the way to the Christmas tree.

The second B/G shows the shattered remnants of the presents after an explosion. Donald's foot and hand (included) remain stationary throughout this scene. These bodyparts are either included in the B/G or on a non-animated cel layer. Donald's face and other arm are animated, but were digitally removed to reveal the B/G.
Posted by ROB RICHARDS at 12:19 AM

Cool dude. How do you get the background from the cartoon?

I'm checking out this blog from the "blogs of note" from the main page - loving it so far, keep up the great work!