Originally released to theaters by Warner Bros. on July 6, 1957, What's Opera, Doc? features the speaking and singing voices of Mel Blanc as Bugs and Arthur Q. Bryan as Elmer. The short is also sometimes informally referred to as "Kill the Wabbit," after the line sung by Fudd to the tune of Wagner's "Ride of the Valkyries."

You can watch WHAT'S OPERA, DOC? thanks to YouTube:


Now, savor the sumptuous details of Maurice Noble's epic background art, including several recreated pan B/Gs. The color palettes are incredible. The style is extravagantly modern. The use of perspective and lighting is nothing short of brilliant. It's a landmark film! 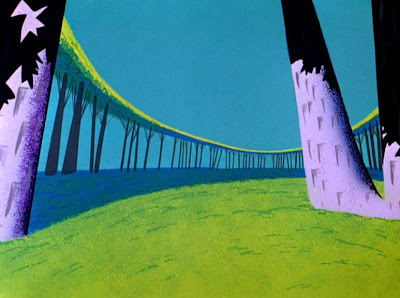 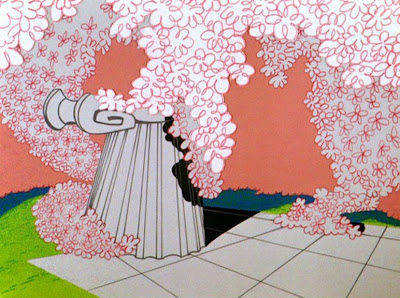 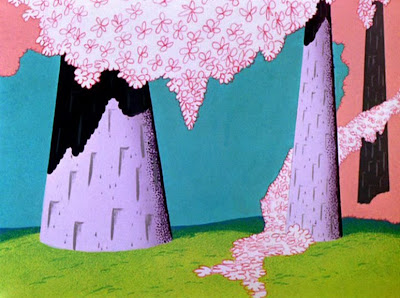 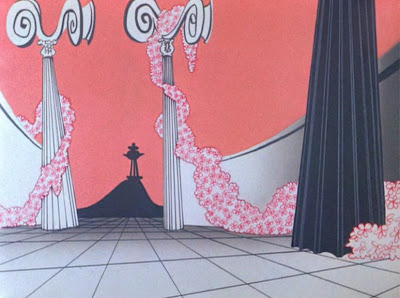 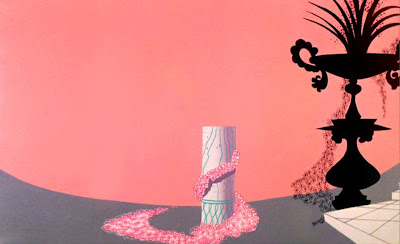 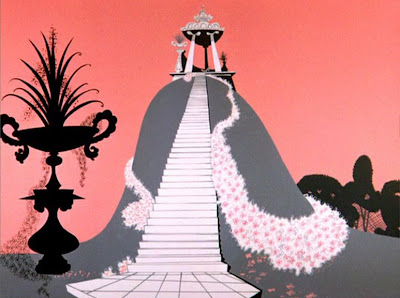 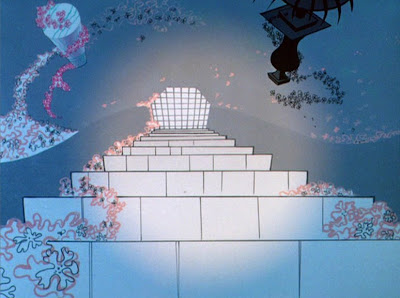 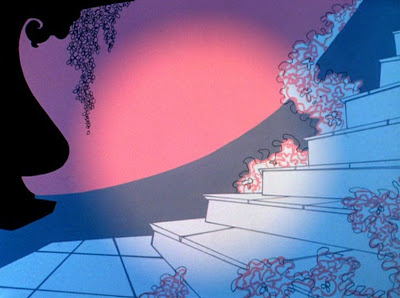 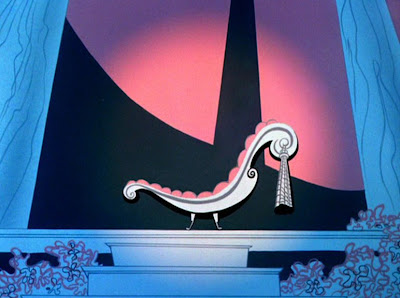 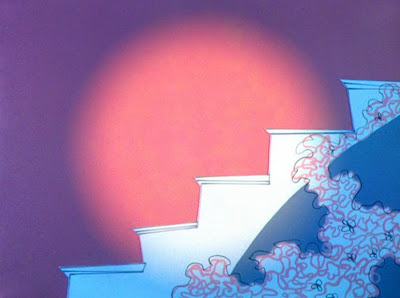 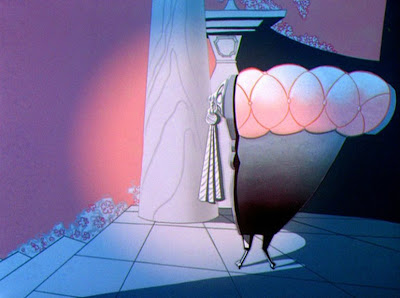 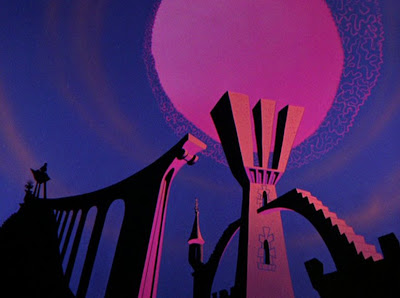 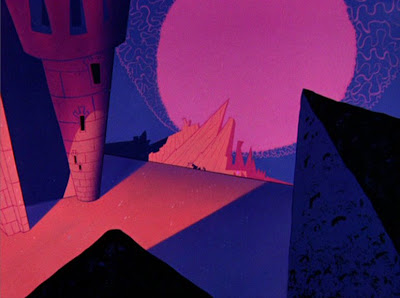 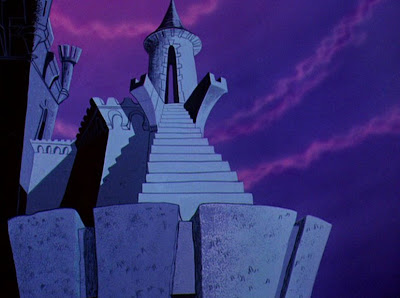 AAH!! Awesome! I've been waiting for a post like this. Incredible layouts and use of colors. This is pure art! Thanks for posting this

Thank you for sharing these wonderful backgrounds.

"What's Opera, Doc?" is probably the pinnacle of Chuck Jones' work and legacy to animation. But, it is always important that all those people that worked on that film get the credit they deserve.

You have done this by showcasing Maurice Noble's background art. I think Noble deserves as much an attention for his contribution, as he established the dynamic angles, and style, of the whole short with his work.

Thanks again for sharing the importance of Maurice Noble, and his work on such a landmark short.

i just saw this last night at the academy of motion pictures art and sciences in nyc- a tribute to mel blanc, tex avery and michael maltese hosted by john canemaker. they showed a series of merrie melodies and looney toons and i couldn't help but pay special attention to all the backgrounds. you've helped open my eyes! and "what's opera doc" has the most breathtaking production design so thank you so much for posting this!

Awesome! Unbelievable design work. There's no one like Maurice Noble. Thanks for sharing and would love to see more.

Thank you for doing this. Very helpful! This is a great site and this was a fantastic choice. Maurice Noble is one of the best.

Fantastic, Rob! Good stuff and, based on the comments, other folks love it as well.
-Bob

Wow, now I really appreciate the beautiful design of the background and angles of an already impressive short

'What's Opera, Doc?': perhaps the sexiest Warner Brothers cartoon as well as the best. Thank you so much for sharing these AWESOME backgrounds!

THENK YUO FOR THE INFORMATION BOSS