Here's another great cartoon with a "piano concerto" theme.
First watch the cartoon:


Now we can properly appreciate the beautiful layouts and background art credited to Hawley Pratt and Terry Lind.

The opening shots of the concert hall and stage are magnificent. 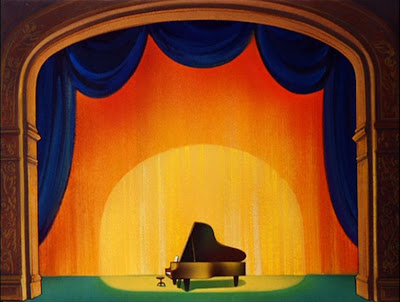 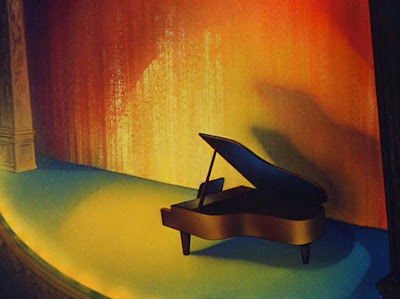 The piano shots are beautifully rendered, incredibly accurate and surprisingly realistic. Obviously, the keys and fallboard area often involve cel overlays, so when fingers are moving, the piano keys can be given an appropriate corresponding animated response. 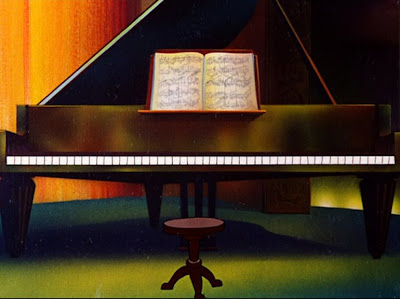 Hmmm. a mousehole over the keys. Cute... and yet not unfamiliar... 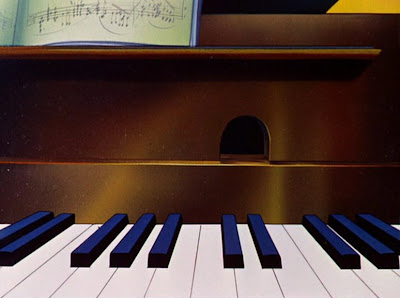 Here are some various piano shots with different perspectives: 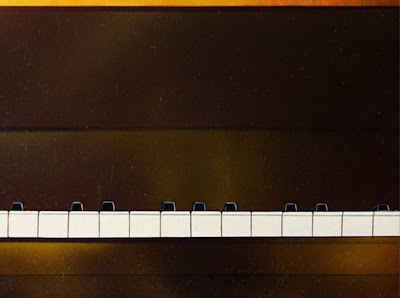 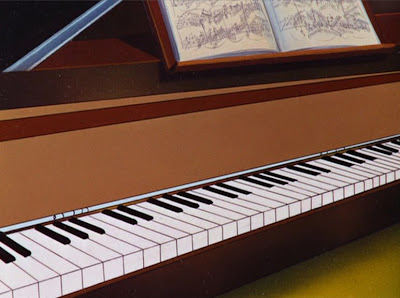 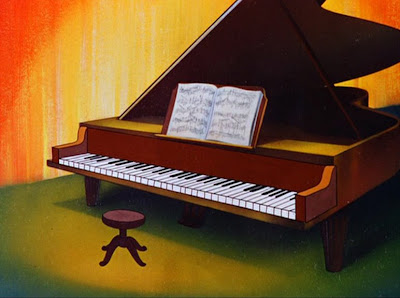 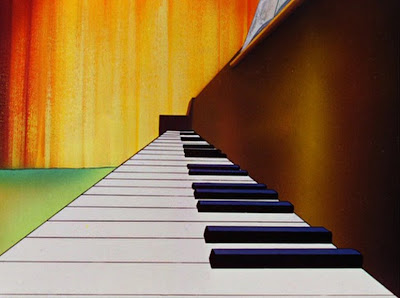 The shot inside the piano is incredible: 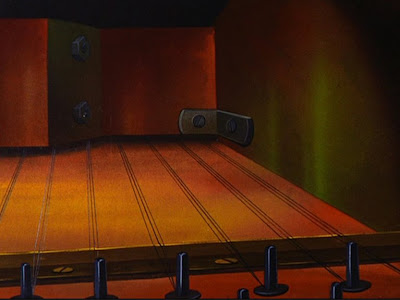 Great angle used in this piece. Note the glow of the footlights! 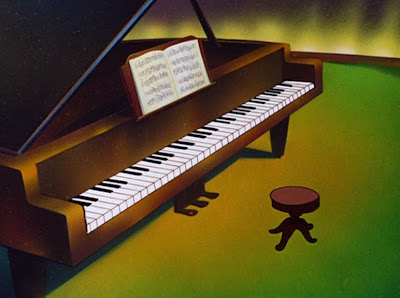 Now this is one incredibly challenging score! The rendering of this manuscript is bursting with detail. Look at all those dots and squiggles! With dynamics markings of "Dow Jonesissimo," an opening tempo of "Spaghetti" and ending at a robust "ghoulashio," this is one rich, tasty cartoon. 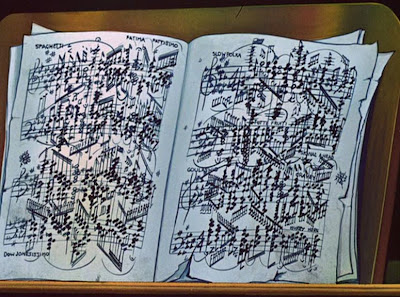 The sheet music may look a bit intimidating, but it's apparently all in 4/4. :)