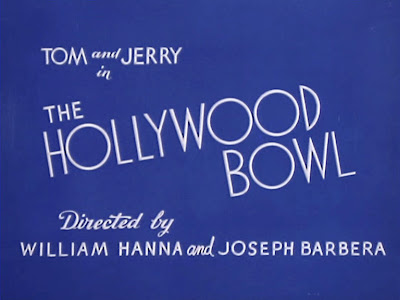 Tom and Jerry star in THE HOLLYWOOD BOWL, which was animated and released in 1950, the 52nd of 114 Tom and Jerry cartoons. As the title suggests, it is set at the Hollywood Bowl in California, where Tom is conducting a large orchestra.

I love this cartoon for several reasons. The musical and entertainment themes are certainly among them. As a Los Angeles resident, I love seeing the city in films, especially animation. These backgrounds perfectly capture the feel of the amphitheatre, its architectural elements, the landscaping, and even the energy of the venue.

Now, a sampling of the background art by an uncredited but wonderfully talented artist. I've re-created several of the pan backgrounds. (One day I'll get to the one of the entire orchestra when Tom walks on stage...) 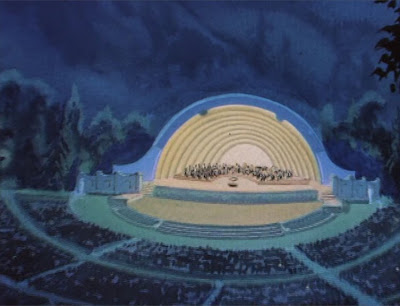 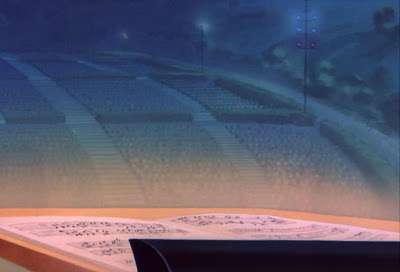 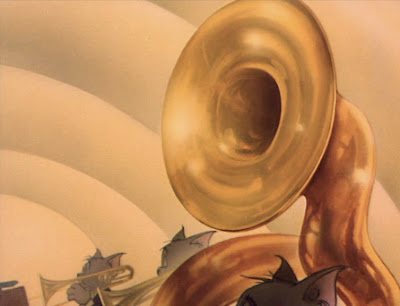 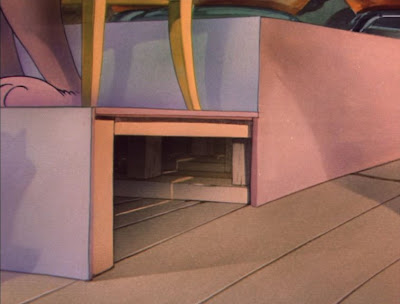 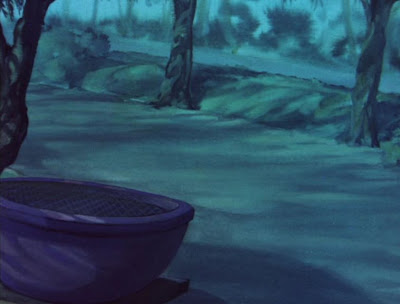 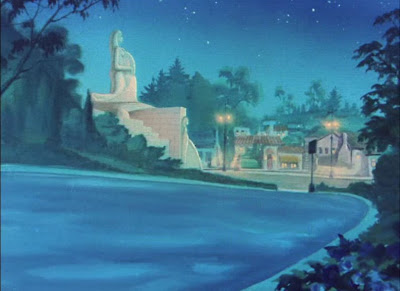 Hooray for Hollywood (and Tom & Jerry)!
Posted by ROB RICHARDS at 10:10 PM

Rob,
All of this is so wonderful, I can hardly believe it!
-K

Interesting to notice the characters already drawn in at this stage. That's something we don't see in backgrounds art that much.

This is a film where the backgrounds always strike me as really creating a convincing setting for the action. Everything looks so authentic from the buildings to the musical instruments.

Thanks for putting them up!