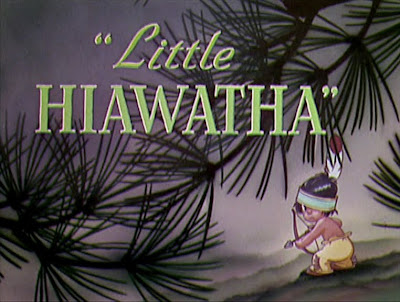 LITTLE HIAWATHA (Disney, 1937) was released the same year as SNOW WHITE. The studio was in full artistic bloom. The extravagant artistry developed for DIsney's first feature was very evident in its short subjects.

I highly recommend getting the official Disney DVD releases of the Silly Symphonies. While not in current release, the boxed sets (part one and two) remain available on eBay. 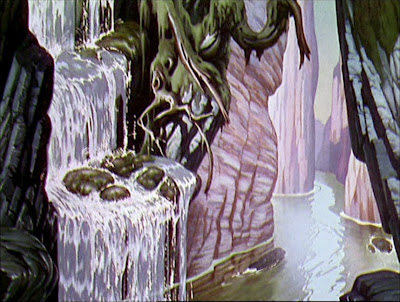 Now the pièce de resistance: one of the longest most elaborate pan backgrounds I've ever seen, or attempted to digitally re-assemble. It is so long, and so elaborate, instead of just breaking it in halves for study, I've also broken it into quarters, as well as the center section.

Truly, an animation backgrounds masterpiece... one of the most magnificent pieces ever to appear on this blog, or in any film. Be sure to click on each section to get the enlarged version for a look at the beautiful details.
First, the complete background:

And now, broken into five segments to best display all the wonderful details. Segment one, far left:

In the next pan B/G I eliminated as much of the water ripple effects as possible:

Out of dozens of scampering woodland creatures, I was able to eliminate all but the possum and a very tiny chipmunk. No animals were harmed during the making of this artwork!!! 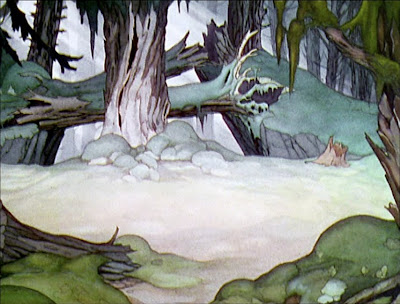 At the very end of digitally re-assembling the B/G below, I could have eliminated the bunny at the far right. But he was SO cute, I just couldn't! 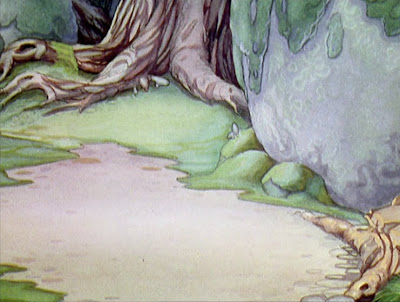 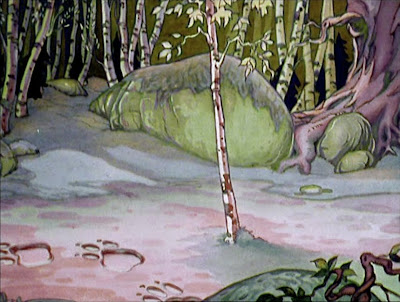 Little Hiawatha froze during a pan shot, so he remains there in this pan B/G: 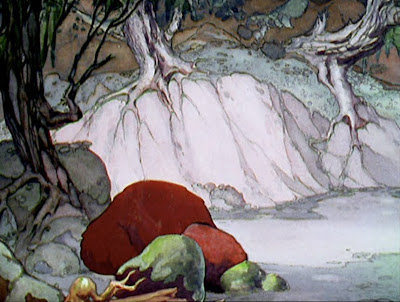 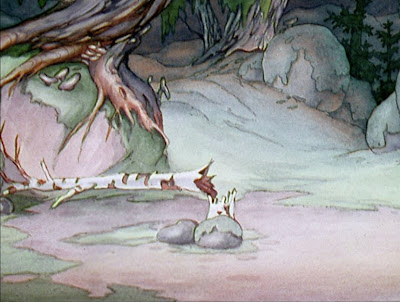 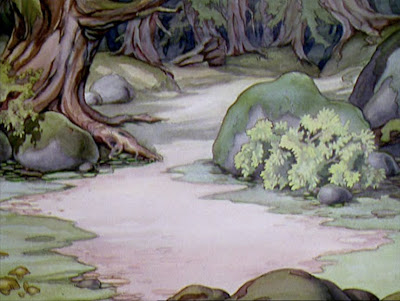 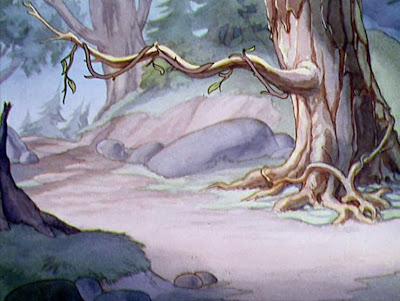 Beautiful. This was always one of my favorites.

Wow.. Breathtaking work.. Thanks for posting these :)

too cool for words man!!

This is amazing - huge thanks for this one - and all your great posts.

Thanks for sharing it. I found this Information very interesting and informative! Keep sharing
Labaik Tours
Umrah Packages
Hajj Packages

Excellent blog you have here but I was curious about if you knew of any community forums that cover the same topics talked about in this article? I’d really like to be a part of online community where I can get advice from other experienced individuals that share the same interest. If you have any suggestions, please let me know. Appreciate it!

I love your writing, simple and easy to understand. Thank you. You can visit some my blog at Cara Mengobati Bronkitis Kronis, pengobatan gagal ginjal and cara mengatasi kelalahan