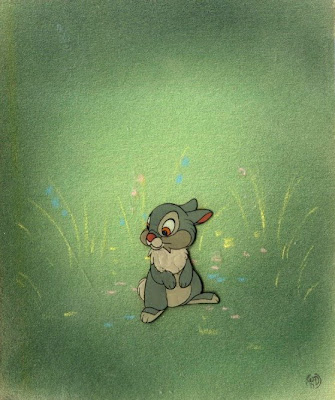 In December 2007 I was fortunate to acquire a cel of THUMPER from BAMBI. This little guy is such a charmer!

The cel was released in the 1940s through the Courvoisier Gallery program. It has the official WDP stamp in the lower right corner (Walt Disney Productions).

As was the practice at the time, the cel is laminated.

As a later Courvoisier release, it has a typically uninspired background. The early Courvoisier backgrounds were actually created by artists at Disney Studios and were more elaborate. Later releases like this one were prepared by art students in the San Francisco area, where Courvoisier was located.

The original moment in the movie included Thumper's family and looked like this: 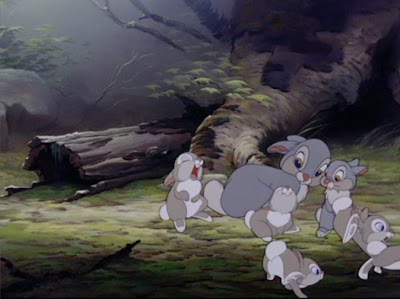 While I was in Photoshop, I sized and then overlaid the Thumper image in exactly the right position on the recreated pan B/G to see what the setup would look like. Here's the result: 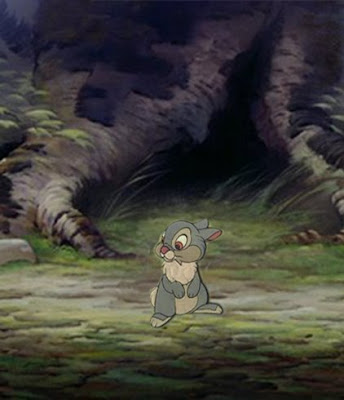 Thumper is the very first big screen image I recall seeing.Love your blog keep up the amazing work!